Women who give up smoking by the age of 30 will almost completely avoid the risks of dying early from tobacco-related diseases, according to a study of more than a million women in the UK.

The results, published in the Lancet, showed lifelong smokers died a decade earlier than those who never started.

But those who stopped by 30 lost, on average, a month of life and if they stopped by 40 they died a year younger.

Health experts said this was not a licence for the young to smoke. 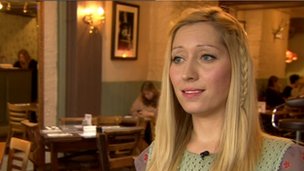 Angela started smoking when she was 11. “Before I knew it, I was addicted,” she said.

She used to hide her habit by taking the dog out for a walk. At one point she was smoking 10 cigarettes a day and more if she was going out.

After several attempts to quit she was successful: “I had a bit of a health scare and that really gave me the motivation to finally kick the habit.”

She is now 29 and says it is “brilliant” news that quitting before the age of 30 could make a big difference to her health.

“It’s amazing, I can feel it already actually.”

The study followed the first generation of women to start smoking during the 1950s and 60s. As women started smoking on a large scale much later than men, the impact of a lifetime of cigarettes has only just been analysed for women.

“What we’ve shown is that if women smoke like men, they die like men,” said lead researcher Prof Sir Richard Peto, from Oxford University.

He told the BBC: “More than half of women who smoke and keep on smoking will get killed by tobacco.

“Even if you smoke a few cigarettes a day then you’re twice as likely to die at middle age.”

He added it was hard to measure the risk of “social smoking” a few times a week.

The records from 1.2 million women showed that even those who smoked fewer than 10 cigarettes a day were more likely to die sooner.

Sir Richard said that it was exactly the same picture as for men.

The British Lung Foundation said the prospects for long-term health were much better if people stopped smoking before they were 30, but cautioned that this was not a licence to smoke “as much as you want in your 20s”.

Its chief executive, Dr Penny Woods, said: “Stopping smoking can also be difficult to do – an estimated 70% of current smokers say they want to quit, so you shouldn’t start and just assume you’ll be able to quit smoking whenever you want to. 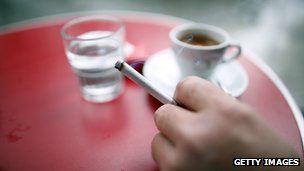 “The best thing for your health is to avoid smoking at all.”

Prof Robert West, from the health behaviour research unit at University College London, said it was important to remember that smoking had more effects on the body than leading to an early death, such as ageing the skin.

“Around your mid-20s your lung function peaks and then declines. For most people that’s fine – by the time you’re into your 60s and 70s it’s still good enough. But if you’ve smoked, and then stopped there is irreversible damage, which combined with age-related decline can significantly affect their quality of life.

“Obviously there is an issue around smoking if they want to get pregnant because it affects fertility and then there are the dangers of smoking during and after pregnancy.”

Speaking to BBC News, she said: “There’s the danger isn’t there that people could almost take permission to continue to smoke to 30 or even to 40, but actually in my experience younger women quit smoking for other reasons other than life expectancy.

The Department of Health has announced that more than 268,000 people registered to take part in its “Stoptober” campaign – the UK’s first ever mass event to stop smoking.

Health minister Anna Soubry said the £5.7m campaign had “exceeded expectations”, adding that smokers were “five times more likely to give up for good after 28 days”.

Trying to be productive? Open this ;p

Are You Trying To Conceive?

This Is How I Eased My Pandemic Fatigue